Over 50 years of golfing tradition!

Originally founded in 1963 as Willowbrook Country Club, our club has an exciting history of golfing tradition in Southeast Huntsville. Some of golf's greatest and some very special celebrities have enjoyed all that Valley Hill Country Club has to offer. Join the likes of Lee Trevino, Tom Watson and Huntsville's own Stewart Cink and become part of Valley Hill history!

It was announced prior to opening that Sam Byrd was tasked as the first Head Golf Professional of the newly built club. Sam Byrd played both Major League Baseball and professional golf. Before quitting baseball to pursue his golf career, Byrd played for the New York Yankees in the 1932 World Series along side Babe Ruth. Byrd was Babe Ruth's roommate and was nicknamed 'Babe Ruth's Legs' for pinch-hitting and late defensive purposes. Following his illustrious baseball career, Byrd then proceeded to win six events on the PGA Tour between 1942 and 1946. To date, he is still the only person to have played both in the World Series and golf's Masters Tournament. Sam Byrd was inducted into the Alabama Hall of Fame in 1974. 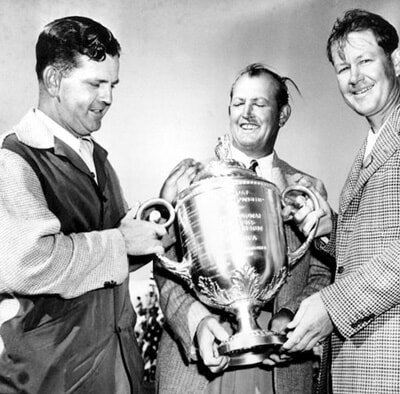 Sam Byrd and Bryon Nelson at the 1945 PGA Championship.

Huntsville's most famous citizen was also heavily involved in early operations at the club. Dr. Wernher von Braun was a member of the 1st Board of Governors. Dr. von Braun regularly held business lunches at the club with NASA scientists, government officials, and of course, a few rumored astronauts. 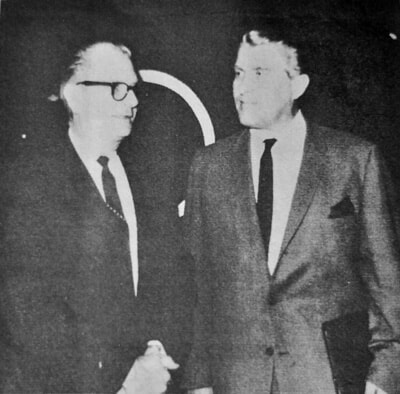 Members of Willowbrook's Board of Governors, Joseph Peters (l) and Dr. Wernher von Braun (r) at the club entrance. 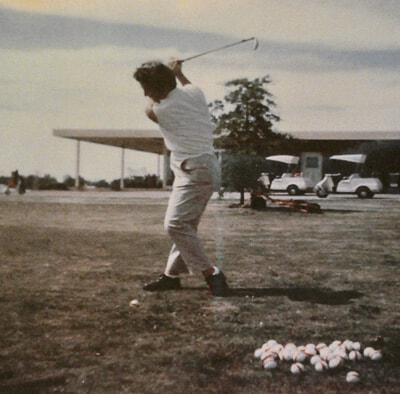